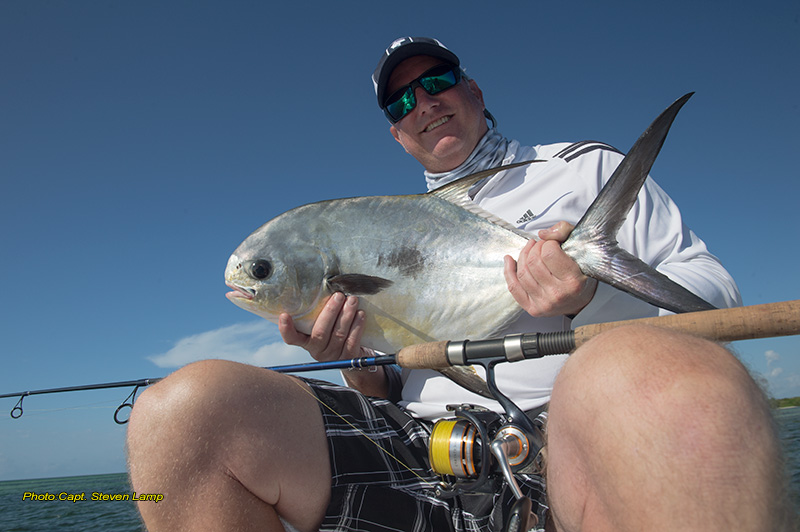 Fun winter permit caught out of Key West on the flats 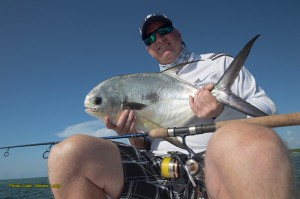 Florida Keys are known for its permit. Permit fishing in Key West is awesome.. The Key West Fishing Tournament is a great venue.

Capt. Rob Harris stopped by and dropped off the following..
2017 marks the 52nd year of the Key West Fishing Tournament which will begin on April 8th, 2017 and runs through to November 30th, 2017.

There will be a Kick-Off event April 7-9, during which $5,000 will be up for grabs spread out over 15 species of fish in both the heaviest of species and most released categories. A separate division is open for Junior Anglers (under 15 yo) for Junior Heaviest Catch, and can be any KWFT eligible species above and beyond the 15 species specific to the Kick-Off event. The Key West Fishing Tournament is a “Shark Free” Tournament and encourages catch and release of all Sharks, Billfish (swordfish excluded), Tarpon and Bonefish. State and Federal law applies to all species.

This is Family Level Tournament Fishing at it’s finest! A fun filled event with 2 days of fishing allows you to fish one or both days, target one species or all 15. Its also a chance to start scoring points toward the 8 month tournament year. All eligible catches will be recorded and logged for valuation toward Master Angler Awards and Division Awards. One of the few times a single catch can help earn you multiple awards! There is also a “Bonus Division” for Yellowtail Snapper requiring a separate entry and rules for that division.

The Captain’s Meeting will be held April 7th, 2017 at the VFW Post 3911 in Key West at which time final registration will take place and Kick-Off rules will be read so any questions can be heard and answered for the benefit of all. For more information, follow this link to pre-register and view rules: