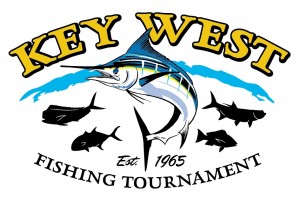 My good friend Rob Harris and I want everyone to get excited about The Key West Fishing Tournament this coming season 2012. A great way to explore all things fishing in Key West. Here is his latest post out to all of the anglers and guides that help make this fantastic year long fishing event go off without a hitch. Check it out.. The boats at Dream Catcher Charters will be participating in full length and so should you…

A New Year for Chasing Records

We’ve all seen the trophies, certificates and numerous story lines written about the latest Record Sized catches being made worldwide. Some are seemingly small while others come leaping at you like the sea monsters in an Ernest Hemingway novel. All of us place ourselves in the picture and reads our names written in the text. The spirit of the hunt is alive in all of us who have ever held a rod or tied a hook to a line.

We picture all the exotic fishing destinations and see ourselves standing there in full glory, drags overheating and rod bent into a “U” as we pull on another potential record. Hands cramped as our effort is translated into sweat pouring down our bodies and stinging our eyes. Our minds race through the dance of the cockpit crew which moves as if it was choreographed in a ballet. At least the only ballet most of us would submit ourselves to. As the battle wears on, our thoughts turn to the knots and the age of the line that is filling the reel with every turn of the handle.

As the call, “I’ve got color!” rings out it sends everyone to the side to see the beast that is one the other end of the line, while our thoughts shift to the gaff man. How skilled is he (or she)? Is the point sharp enough to penetrate a gill plate? Will this end up as yet another pulled hook at the boat? We’ve all been in this position before.

Not all of our most memorable catches result in wondering how to get a half ton of fish aboard the boat without swamping. Truth be told, very few fishing trips worldwide end that way. Not many of us are prepared to spend several hours fighting a fish on 40lbs (or more) of drag while holding gear that weighs over 20lbs alone.

A Matter of Perspective

Not all fishing trips are created equal. There are the fishing trips where we’re just taking the family out for the day. Other trips are more specific and we have “Target Species” in mind when we leave the dock, but we always bring extra gear “just in case” Plan A doesn’t pan out. Some of these trips are the ones that become the most memorable. A son or daughter’s (or spouse’s) biggest fish ever can be caught on any of these trips. A personal best, or a friend’s, can be caught without even targeting it. Some of these even turn out to be Record Size catches! And not all records are tracked by the IGFA.

The Key West Fishing Tournament has been keeping records for 47 years now. At time when we are constantly bombarded with regulation changes and are told that the sky is falling by the Federal Fisheries Managers, all the Key West Fishing Tournament (KWFT) sees falling is Record after Record. During the 46th year of the tournament, 2011, a total of 17 records were broken. Keep in mind that we’re talking about an organization that has been maintaining records for 47 years!

Just be clear, the KWFT tracks 38 species for record consideration in several different line classes. That by itself speaks to the diversity of the fishery of the Lower Florida Keys. Contrary to popular belief, you don’t have to have a passport to enter, or leave, the Conch Republic. Of course once you get here you’ll have a hard time leaving. Many stories and songs have been written about people who came to the Keys for the weekend and never left. And that applies to the entire island chain.

It doesn’t matter if you are a catch and release flats/backcountry angler or catch and eat reef/blue water fisherman. The Keys have it all. Bonefish, Tarpon and Permit are highlights in the backcountry. While you’re back there Ladyfish, Trout and Sharks give you options. Not to mention Barracuda, Muttons and Grouper.

There’s wreck fishing on both sides of the islands and you can target Kingfish, Cobia, Snapper, and Grouper to name a few. Needless to say, there are Cero and Spanish Mackerel that are great for sport fishing on light tackle. The reef fishing is a world all of its own. With over 180 miles of reef line you always have new areas to explore and you can spend your lifetime doing it without ever fishing the same spot twice. Snapper, Grouper, Kingfish, and Jacks are only the tip of the proverbial iceberg when talking about the Keys.

Dolphin, Sailfish and Wahoo aren’t just for Blue Water specialists either. These typically deep water species venture over the reef when conditions are just right. I’ve caught Dolphin and Wahoo in 30’ of water inside the reef while trolling for Grouper. One of the more remarkable catches I’ve seen was a Sailfish being caught just outside the head marker at Oceanside Marina as I was throttling up to head offshore. And there’s always Tuna, Marlin and Swordfish waiting at the world re-known Woods Wall.

IGFA has long been known as the primary record keeper worldwide, and has just opened up a new “release” category for anglers to participate in. The Key West Fishing Tournament is in its 47th year of tracking records. The common denominator between the organizations is simple. The waters that surround the Lower Florida Keys account for more IGFA World Records than any other place on the planet. You never know when you’ll cross paths with your record catch here.

On January 28th, the KWFT will crown its new record holders and division winners at its annual award ceremony. Is someone else going to be holding your trophy next year, or will 2012 be your year to be the one in the picture?

To see the current records for both IGFA and the Key West Fishing Tournament, visit their websites. Hopefully, you’ll see your name there soon.