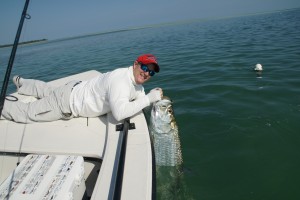 Have you ever wondered how it is that some people always have a knack for planning successful fishing trips AWAY from their home fishing grounds? We all know that certain “someone” that will talk about their plans for going “somewhere” to catch a specific species. After they’ve taken that destination fishing trip we all sit around listening to the stories about how that trip went. More often than not we get to see the pictures of just how successful that trip was and wish we had the time in our busy schedules to have made that trip with our buddies.

Given the diversity of the Lower Keys fisheries, it’s safe to say that there is always “something” to plan on catching regardless of the time of year. We’ve got “something” for everyone. Backcountry anglers can target Bonefish, Tarpon, and Permit almost year-round. For those that like to bottom or wreck fish we’ve got more areas than anywhere else. Deep-sea or Blue Water anglers, we’ve got Marlin, Sailfish, Swordfish, Dolphin, Tuna and Wahoo a short ride from the dock. In all of these fisheries you don’t need to venture any farther than 20 miles from the dock. As a matter of fact, you can actually fish ALL of these fisheries in a single day and still make it back for Happy Hour!

How do you know which Tournaments to focus on?

Look for tournaments with history. I’ll use the Key West Fishing Tournament as one example. It’s been around for 47 years and is a multi-species tournament, so it has history. The annual Kick-Off Event is in March and will be paying out awards for: Dolphin, Marlin, Sailfish, Tarpon, Kingfish, Mutton Snapper, Blackfin Tuna, Cobia, Wahoo, Barracuda, Bonefish, Permit, Mangrove and Yellowtail Snapper and Grunt. Based on that list, I’d say it’s pretty easy to figure out what the most common catches are during March in the Lower Keys.

Should I enter the Tournament?

That’s completely up to you. Some tournaments can have a very high entry fee and some are low. If you think you’ll be fishing during the Tournament hours, you might want to consider entering if the entry fee is within your budget. I’ve seen and talked to several people that were “fun fishing” during the Tournament hours and caught fish that would have taken the Grand Prize.

In the case of the Key West Fishing Tournament, once the Kick-Off event is over, the tournament 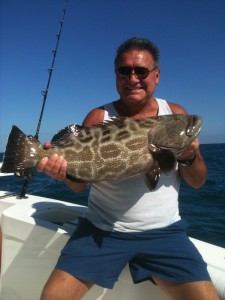 becomes a no-fee tournament which runs through November. For the cost of your time to fill out the entry form at the weigh station you could end up with a Key West Fishing Tournament Record or division leading catch. Then you’ll be invited back in January for the Annual Awards Dinner to pick up your hardware!

Another Tool in the Toolbox

Regardless of if you are looking to enter a fishing tournament, don’t overlook them as a valuable resource for planning your trip. When you combine tournament schedules, on-line fishing reports and the first-hand knowledge of your fishing buddies…you can plan a successful fishing trip of your own to an area that you’ve never fished before.

Capt. Rob Harris is the director of The Key West Fishing Tournament. A free year round event that every angler can participate in for recognition of catch and end of the year trophies and awards. Capt. Rob also sits on many important boards for Florida Keys tourism and saltwater fish management.