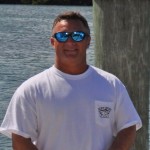 Now that we’ve entered the “Spring Fishing Season” in the Florida Keys, everyone wants to know what it’s all about. It’s hard enough to imagine an Island Paradise being associated with any kind of season, aside from “Tourist Season” that is. Down here in the Keys, we do have actual “Seasons” and they do also tie into what Mainlanders consider to be their weather seasons. Spring may actually be the most popular “Season” in the Florida Keys for most anglers.

Don’t forget- The Key West Fishing Tournament is kicked off and on its way. Anyone can participate. Fish one day or fish 40 days. Click here find out more.

The winds of “Spring” may be unpredictable at times, but the species we can expect aren’t. Being part of an island chain has its advantages when it comes to wind. It’s safe to say that regardless of what the winds may bring, there is always something to catch and stay out of the wind. Backcountry fishing and the bridges throughout the Keys will always offer excellent catching opportunities and a variety of species to catch, while you tuck in and escape the wind.

We started seeing the Tarpon, Permit and Bonefish in good numbers for March, which means you can expect a stellar April in that fishery. If you find yourself plying the backcountry waters, you’ll have the opportunity to catch Trout, Jacks, Snapper and Grouper to name a few. The Flats will also be an excellent place to target larger, world record sized Sharks in shallow water. Always exciting to have a world class fish pulling line in 2-3’ of water!

Offshore/Deep-sea in the Keys means outstanding catching! The Blue Marlin bite started going off in late March and you can expect that to continue. While a few of the boats landing Marlin in March were actually “targeting” them, the majority were caught while fishing for Mahi-Mahi (Dolphinfish) and Wahoo. The fact that we’ve had enough Dolphin and Wahoo to target in March means that you can expect the 50 plus pounders to show up through April. The bite won’t be very far offshore either, so look to catch them from the edge of the reef out to the 600’ range (5 miles of so from the edge of the reef depending on the area you are fishing).

Without a doubt, the most sought after billfish in the Keys will be Sailfish. In case you haven’t heard yet, the World Sailfish Championship will be happening in Key West mid-April. Just the fact that this is where they hold that tournament should tell you something about the fact there are Sailfish in Keys waters during the month of April. I personally fish this tournament and can tell you that we catch more than just Sailfish. My typical “by-catch” is Cobia, Tuna, Wahoo, Kingfish and Dolphin. Seldom will I be fishing depths greater than 300’, as there normally is a distinctive color change. And don’t forget to watch for “bait sprays” over the reef. All the pelagic species I’ve mentioned will be cruising for an easy meal which could have them hunting in 30’ of water.

A little tip on “Bait Sprays”… If you are set-up and see ballyhoo break the surface in all directions at once, most of the time this will mean Mackerel of some type. Mackerel typically ambush their prey from below which will “flush” the bait species in different directions as the Mackerel blast through the school. If the “spray” has a tendency to all move in one direction in multiple “jumps”, odds are that it is a Sailfish or Dolphin. These species have more of a knack for “herding” or chasing from behind which will cause the bait school to all move in a single direction to escape.

If backcountry and blue water isn’t your cup of…whatever you drink…you’ve always got bottom fishing on or over the reef to keep you busy. Yellowtail Snapper will be in abundance during April in depths from 30-120’. Those same areas will also produce Grouper, Mangrove Snapper and Mutton Snapper just to name a few species. Don’t be surprise to suffer some cut-offs while chumming and catching snapper. Mackerel (King, Cero and Spanish) will also be lurking in your slick.

I like to always have a pitch rod at the ready when fishing anywhere near the reef in April, as you never know what will swim up to the boat to check YOU out. I always love to hear my anglers talking about the school of “sharks” coming at the boat. 98% of the time these will be Cobia, and they love to cruise the reef in schools. It’s not uncommon to see schools as large as 15-20 Cobia moving down the color change, and if you’ve got a pitch bait ready, you’ll hook’em up!

Do you have bigger fish in your plans? How about Swordfish? It’s no secret that the Keys are a great place to target Swords in both the day-time and night-time fisheries. The Sword grounds are a short 20 mile ride from most places in the Keys and allow you to “multi-task” your fishing day. Dolphin, Wahoo Tuna, and Marlin can be trolled for on the way out, and then you can set-up for your Swords. All said and done, you can even make it back to the dock before cocktail hour at your favorite establishment! With the time change happening last month, we have more daylight hours left in a day. That’s the Keys way of “adding more hours” to each fishing day.

A good place to track what’s really happening off the Lower Keys is the website for the Key West Fishing Tournament. It gets updated often and since it’s a “multi-species” year-long event, it shows you all of the species being caught. While you’re in the Lower Keys, you can even weigh-in your catch and enter it into the tournament! It’s free to enter and there are multiple divisions, including “release” categories.

So when I get asked what fishing in the Keys during April is all about, I can honestly say…”It’s all about the catching.” You decide what it is you want to catch, and go after it. We’ll keep a slip open for you or have a World Class Fishing Guide at the ready to take you to your target species.

Capt. Rob Harris is the director of The Key West Fishing Tournament. A free year round event that every angler can participate in for recognition of catch and end of the year trophies and awards. Capt. Rob also sits on many important boards for Florida Keys tourism and saltwater fish management.